Joe Weider (November 29, 1919 – March 23, 2013) was a Canadian bodybuilder and entrepreneur who co-founded the International Federation of BodyBuilders (IFBB) alongside his brother Ben. He was also the creator of Mr. Olympia, Ms. Olympia, and the Masters Olympia bodybuilding contests.

Joe’s most indelible addition to the science and sport of bodybuilding is the Weider Principles. Over 30 theories and techniques that forever changed the means by which someone could build a strong, muscular body:
Read Joe Weider´s Biography
I think you will agree with me that trying to explain them all in a single post would be crazy, so we’ll start with the first one.

Progressive overload is the idea that to increase any aspect of physical fitness (muscle mass, strength, stamina, etc.), your muscles need to be continually put under increased stress, you have to force your muscles to perform more work than they previously have. Simple, right?
Most beginners apply, knowingly or not, this principle. They start training by lifting little weight, progressively increasing it up to a point. Let’s say the typical skinny guy starts out lifting 40 pounds on the bench press. Week after week he adds 5-10 pounds until he lifts 80 pounds.
Sounds familiar? Can you relate to this example? Have you seen someone doing it? That´s the progressive overload principle, the core of all physical training, and forms a solid basis for successful training.
At a certain point, things get messy. This guy can´t lift more than 80 pounds. I reached my peak, he thinks. And start looking for other ways to progress like advanced training programs, revolutionary diet plans, magic pills… It´s ok, no judgment. We all have the right to explore whatever paths catch our attention.
The mistake here is to think that progress is exponential when it really is linear. The boy in our example soon manages to double the amount of weight he lifts (from 40 to 80 pounds) and hopes to double the weight he lifts again. But he gets frustrated because from 80 pounds onwards the progress is not as spectacular as at the beginning.
The green line represents exponential growth, the red line represents linear growth:

We usually expect spectacular, dramatic progress like the green line, but the truth is that physical progress works like the red line. With that said, be careful about over-complicating things.
So, how do we put this principle at work?

We must change to the least one of the variables involved in the workout:

Most pro bodybuilders speak wonders and encourage you to lift heavy, and so do I, but in due time. The word “heavy” means “difficult to lift or move” and this is a different weight to each person. Whatever is difficult to lift today for you, it will be easier to lift next month.

How do we lift heavier safely and effectively?

According to the Progressive Overload Principle, no matter what range of reps you work with, you should try to add some weight to the equation every week.

E.g. You perform 4 exercises on Mondays targeting a specific muscle group. The first day goes like this:

Next Monday you try:

As you see, you´re progressively adding more weight to each session, assuring continuous progress. Do not try to make big jumps, because you risk an injury.

In the early years of bodybuilding, most experts believed that to increase muscle mass, we should only complete one set of each exercise.
Weider saw it differently. He was the first to recommend working out using several sets of one exercise (3-5 sets per exercise) to exhaust each muscle group and to stimulate maximum muscle growth.
My advice: start with three sets of each exercise and continue increasing the number of sets until you make five. This strategy will also help you increase your muscle strength gradually without obsessing with the weight you lift.
You perform 3 sets, 12 reps with 50 pounds. That´s 50x12x3 = 1800
You perform 5 sets, 12 reps with 50 pounds. That´s 50x12x5 = 3000
Pretty nice progress, isn´t it? In a single exercise.
You can also go for more reps. If a set calls for 8 reps doesn’t mean you should stop at 8 if you are capable of doing more. In fact, with the same weight, it is normal that you can do more repetitions after a few workouts. On the other hand, If you can do more reps than prescribed, it may be time to increase the weight on that exercise.

Manipulating frequency while regulating volume is another way of progress.

The total volume is the same at the end of the week but the number of stimuli per week is different.

Decrease your rest periods between sets

This is the most tricky variable to play with. Rest time between sets. The best amount of rest between sets depends on what specific goal you’re training for. So, if you change your rest time drastically, you could totally miss your goal.

The Progressive Overload Principle is a basic, easy, yet effective way to constantly progress to a greater physique. It allows you to experiment with different training variables such as weight, set, reps, and rest time, and see which ones work best for you.

You will need some time (we are talking about several months) to be able to test everything that this principle has to offer you. For no means I say this to discourage you, on the contrary, I´m trying to tell you that this principle opens you to a universe of opportunities ahead.

It’s up to you to challenge yourself in each training session and go one step further, one repetition further, one set further … Well, you get the idea.

If you think that I have left something behind, or you want a further explanation, let me know in the comments. 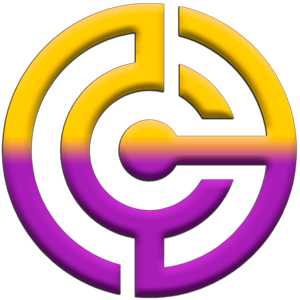