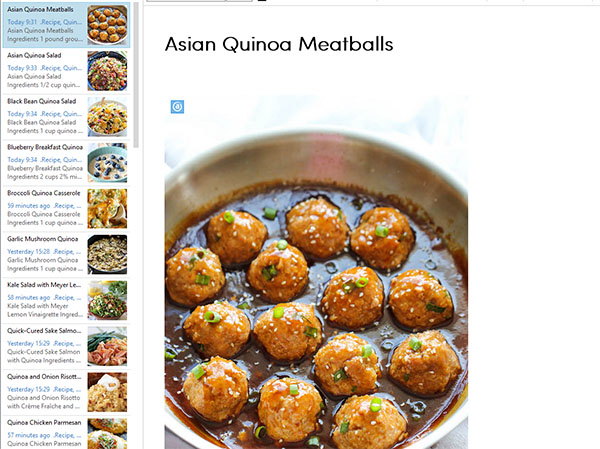 Quinoa is a grain crop that is grown for its edible seeds. It technically isn’t a cereal grain, but a pseudo-cereal. In other words, it is basically a «seed» which is prepared and eaten similarly to a grain.

Quinoa was an important crop for the Inca Empire back in the day. They referred to it as the «mother of all grains» because the Incas believed it increased the stamina of their warriors.

It is one of the most protein-rich foods we can eat. It is a complete protein containing all nine essential amino acids.

Contains almost twice as much fiber as most other grains. Fiber helps to prevent heart disease by reducing high blood pressure and diabetes, lowers cholesterol and glucose levels,  and may help you to lose weight because it makes you feel fuller for longer and is less “energy dense” which means it has fewer calories for the same volume of food.

Contains Iron, which helps keep our red blood cells healthy and is the basis of hemoglobin formation. Iron carries oxygen from one cell to another and supplies oxygen to our muscles to aid in their contraction. It also increases brain function because the brain takes in about 20% of our blood oxygen.

High in Riboflavin (B2). B2 improves energy metabolism within brain and muscle cells and is known to help create proper energy production in cells.

Quinoa has a high content of manganese, an antioxidant, which helps to prevent damage of mitochondria during energy production as well as to protect red blood cells and other cells from injury by free radicals.

Penny for your thoughts Cancelar respuesta

A %d blogueros les gusta esto:
We use cookies to ensure that we give you the best experience on our website.OkNoPrivacy Policy